“Thanks to Earthworks mics I’ve got the prototype of my sound. It’s definitely my drum kit’s ace in the hole. I couldn’t asked for better.” 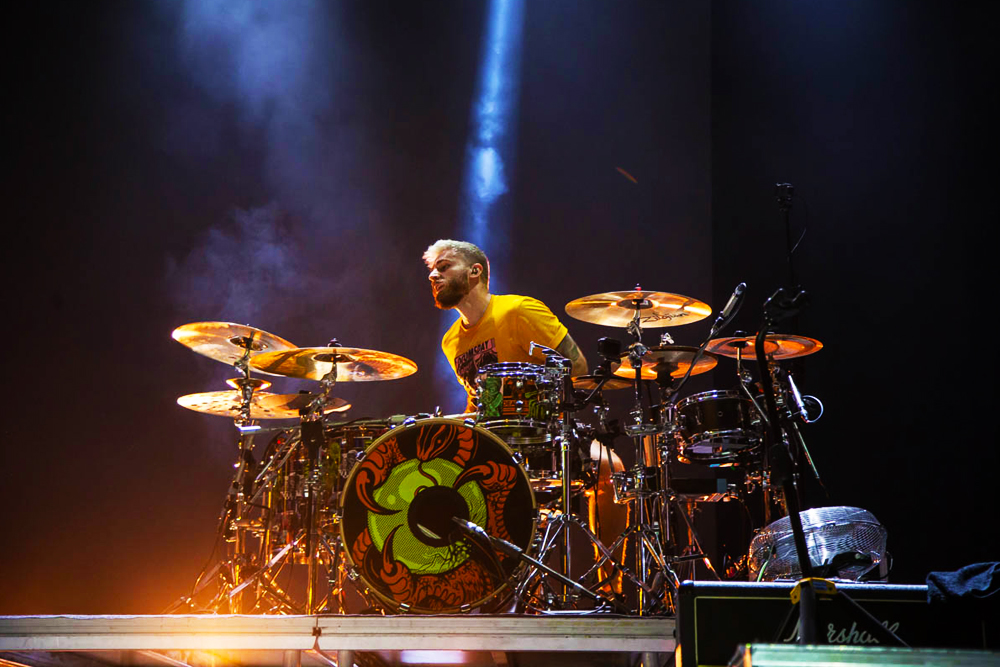 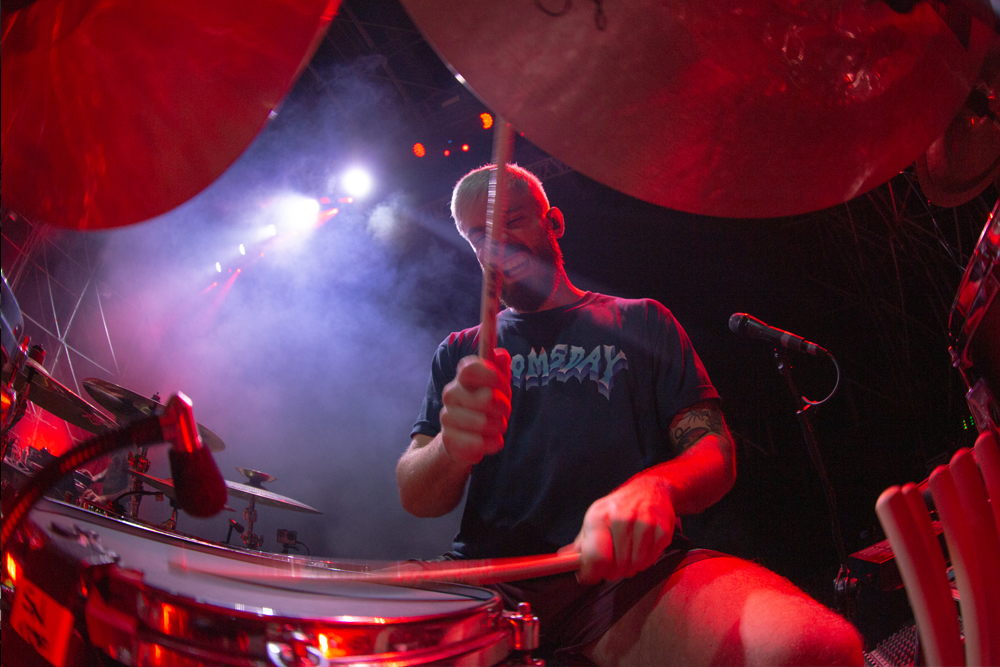 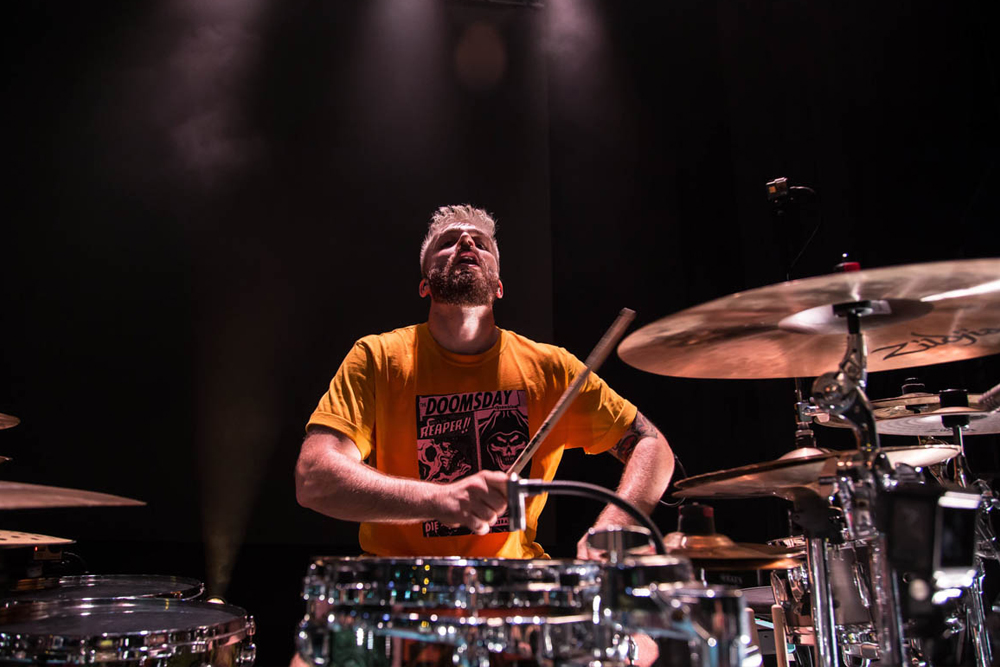 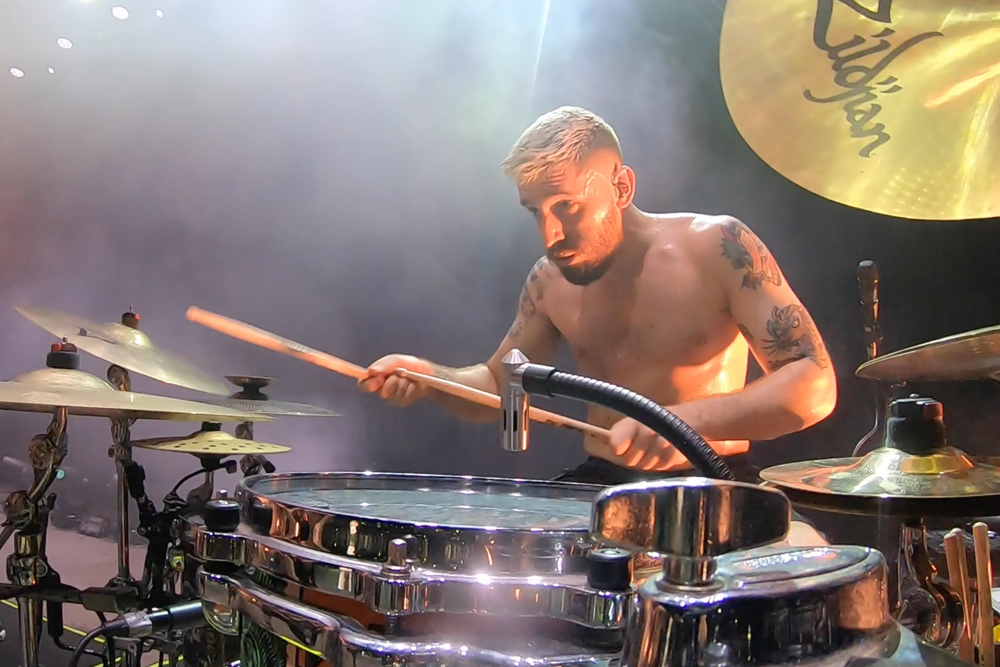 I started playing drums when I was 4. At the age of 15 I went on my first European tour with a band called New Hope. After finishing my high school studies, I joined the pop-punk band called Vanilla Sky. Vanilla Sky is an Italian band who had the chance to tour all around the world for more than ten years. With that band I played more than 500 shows, in three different continents and uncountable countries. During the last period of Vanilla Sky, I addressed my career as a session drummer for singers, rappers and bands.

I played for Coez, an Italian indie singer with 150+ millions listeners on Spotify. Then, I took part of the tour of Gemitaiz, an Italian rapper signed for Universal Music. Right after that tour I got a call from the #1 rapper in Italy. His name is Salmo. With him I started playing bigger venues, and on the first tour, I had the honor to play live the tracks that Travis Barker recorded in studio for him. In just one year and half of tour with Salmo, I did more than 150 shows throughout Italy and Europe. In 2017 I joined the international band called The Bloody Beetroots. This band can be considered as the Electro-Rock music pioneer in 2007.

From one tour to another I recorded some drum covers, especially from Post Malone’s songs. That’s when I ended up having five of my drum videos in the official Post Malone YouTube playlist, hitting almost 3 million views. At the moment I’m touring again with Salmo who, with his latest album released with Sony Music, keeps breaking every Italian record and made it to the top 50 viral worldwide on Spotify. In this tour we’re playing in sold out arenas with more than 10.000 people every show. A: I’ve been using Earthworks mics for 6 months.

A: Actually I was looking for a clear mic that wouldn’t alterate the sound too much and Earthworks helps me a lot with that. The definition of the sound is unbelievable and I always get shocked every time I accidentally move the mic just 1-2 inches and the sound considerably changes.

A: I find it very useful and helpful using the SR25s as OH mic from the bottom in the live shows. It helps me avoiding the extreme bleeding on stage.