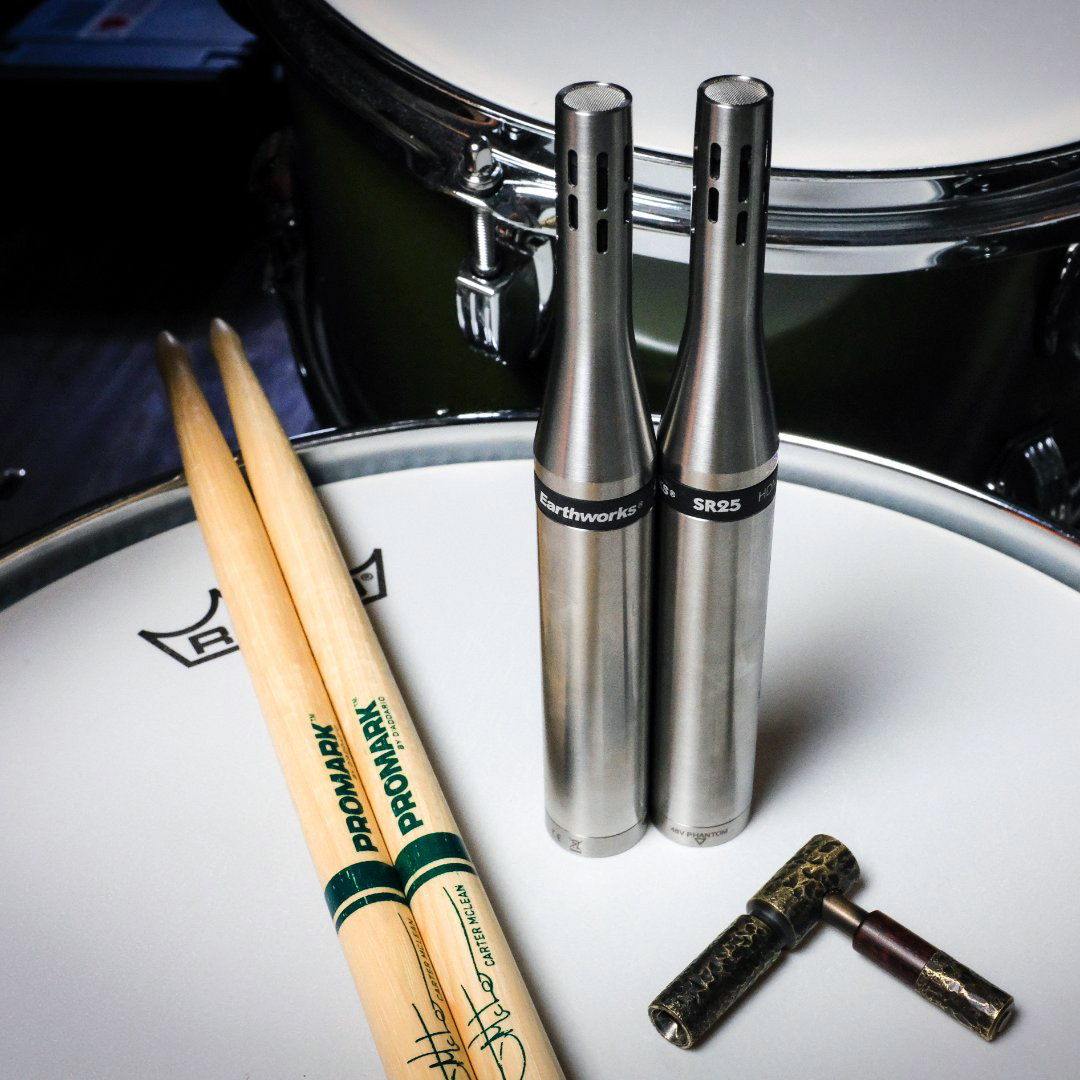 How It All Began

Earthworks Audio was originally founded to design and manufacture audiophile loudspeakers. David Blackmer’s goal when starting the company was to make the best sounding speakers on the planet. When the journey began, David used measurement tools that were accepted to be the world standard. After the first few steps he realized that the measurements he was getting were not as good as he believed they could be. He analyzed these tools carefully and realized that new standards would be necessary if he were to even come close to achieving the results he knew were possible.

The first tool he designed to this new standard was an omnidirectional microphone. This led to the manufacture the OM1. David now thought that he could get back to designing his “dream” loudspeaker. His colleagues, however, persuaded him to design other microphones and preamplifiers. These products would soon set a new world standard for realism in the art of recording music. While the years passed and these new microphones and preamplifiers were being manufactured, David constantly worked on his goal of designing the best sounding loudspeaker for true audiophiles. He assembled and groomed a team of people with the same goals and dedication to achieving these goals. Created in beautiful hand selected solid Cherry panels, the Earthworks Sigma 6.2 was the end result of many years of research.

While we no longer make the loudspeakers, the principles that David first envisioned when the journey began can still be seen in our microphones. Precision engineered and hand assembled, Earthworks microphones represent the pinnacle of technology and art in microphone design. Each microphone is hand-tuned and tested to ensure the purest and most realistic capture of your sound, be it live on stage, recording in the studio or out in the field. Our microphones are able to capture and reproduce a soundstage so deep and wide that if you close your eyes you can “see” the music in front of you. Microphones that present transients so smooth you can feel the rosin on the bow as it plays across the violin.

The advanced circuitry and patented technologies found in Earthworks microphones deliver the purest and most honest reproduction of sound. Each microphone’s circuitry is extensively tested and hand selected to match its capsule, delivering the highest levels of clarity, nuance and realism to your sound. Extended frequency response, incredibly fast impulse response, near perfect polar pattern and pure signal path. These are all features found in every Earthworks microphone. When combined, the result is an uncolored high gain microphone with benchmark levels of clarity and resistance to feedback.

We believe there is more to human hearing than the range of frequencies which can be heard as tones. Most sound recordings don’t live up to the sonic experience of being there with the live music. We are convinced that audio equipment with extended frequency response and faster, cleaner time-domain performance will yield more life-like results than the slower more colored equipment of yesteryear.

The time resolution of human hearing is 10 microseconds or better. This corresponds to frequencies beyond 80kHz. Most microphones smear frequencies in relation to time to such a degree that the time relationships which existed in the air are audibly degraded. When you choose a microphone you get its time domain imprint on the track. Mics with poor time resolution will distort the signal beyond any practical recovery of the original.

We support the concept that you can and should record acoustic events accurately enough to capture the sound as it happened in the room. This approach allows you to make sonic coloration and texture choices later when you can consider them carefully and you still have recourse. We believe that life-like realism is the essential starting point for whatever unique coloration you may wish to add.

Traditional audio methodology appears to be based on working around the limitations, personalities, and quirks of the equipment, and calling the ones you like assets. Earthworks is dedicated to striving for the audio nirvana we term Perceptual Perfection.

The realization of perceptual perfection in reproduced experiences; the effort to discover what it is that our human physiology can perceive, and to meet those needs in full.

Develop, design and produce technologies that are beautiful, simple to use, and push the envelope on realism in audio amplification, capture, and reproduction.